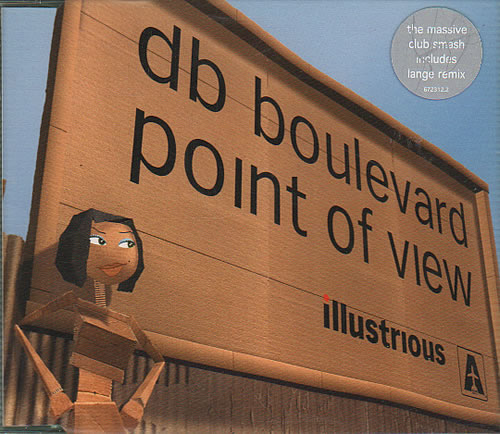 Classic and very Rare CD – Here’s your chance to own this Classic (DB point of view) on CD in your personal collection.

“Point of View” is a 2001 single by Italian music group DB Boulevard. It samples a re-recorded version of a song called “Heatwave” by French band Phoenix, which was released as a single in 1999. “Point of View” became a hit in Europe and Australia and topped the US Billboard Dance Club Songs chart. The video clip of the song features a computer-animated cardboard woman.