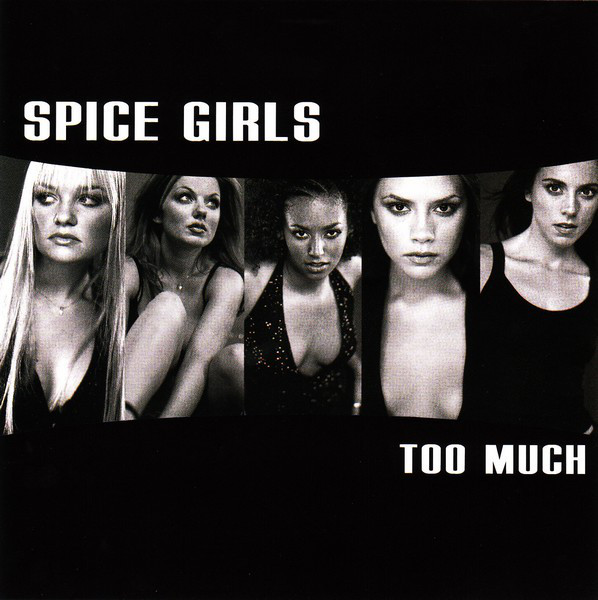 “Too Much” is a song by English girl group the Spice Girls from their second studio album, Spiceworld (1997). The group members co-wrote the song with its producers, Paul Wilson and Andy Watkins—the songwriting and production duo known as Absolute—while the group was shooting scenes for their film Spice World.

“Too Much” is a pop ballad with influences of R&B. It features instrumentation from a guitar, brass and string instruments, and is structured using doo-wop records as a template. The music video, directed by Howard Greenhalgh, features each Spice Girl in their own individual scene playing different characters, inspired by their own film fantasies. The song received mixed reviews from music critics, with many of them criticising the R&B-infused production.

Released as the album’s second single on 15 December 1997, it topped the UK Singles Chart for two weeks, becoming the group’s second consecutive Christmas number-one single, and their sixth consecutive chart-topper, which made them the first act to have its first six singles reach number one in the United Kingdom. It was moderately successful internationally, peaking inside the top 20 on the majority of the charts that it entered. In the United States, “Too Much” fared better than its predecessor, “Spice Up Your Life“, peaking at number nine on the Billboard Hot 100 and becoming the group’s fourth and final top-10 single on the chart.