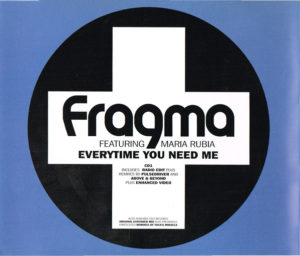 The song was remade in 2011 (titled “Every time You Need Me 2011”) with new instrumental featuring vocals from Damae and new remixes. The song is currently being performed by Fragma’s new vocalist Tess on their worldwide tour.