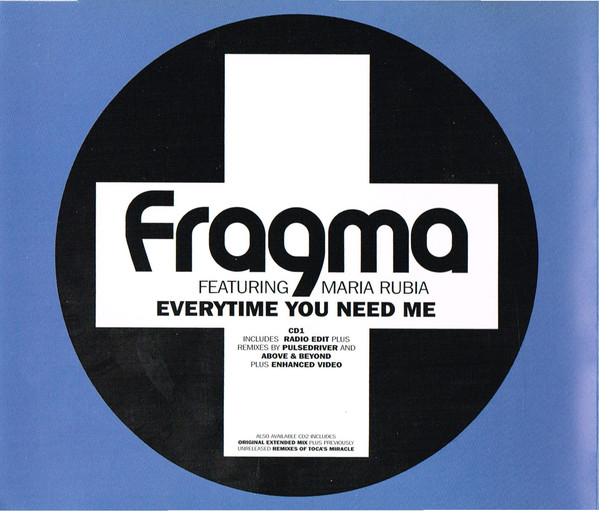 The song was remade in 2011 (titled “Every time You Need Me 2011”) with a new instrumental featuring vocals from Damae and new remixes. The song is currently being performed by Fragma’s new vocalist Tess on their worldwide tour.